If Facebook’s renaming to Meta didn’t make it clear that Mark Zuckerberg wants to bet heavily on the Metaverse, his subsequent decisions and ideas might prove it. Now the CEO has revealed artificial intelligence (AI) plans to power the virtual universe.

Among them, the ability to create virtual worlds through voice commands. 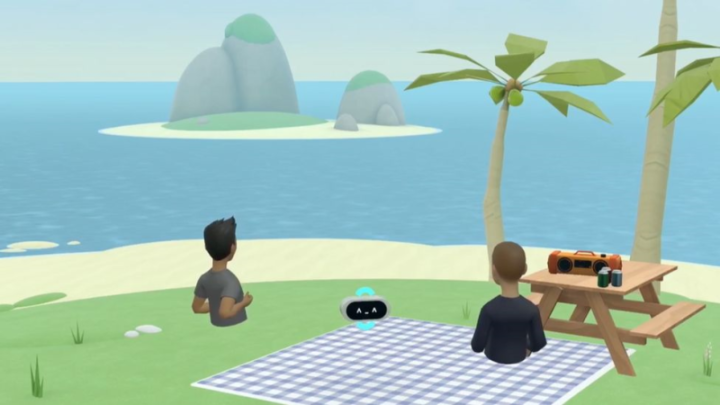 Meta founder Mark Zuckerberg has unveiled a series of ambitious AI plans, describing the technology as "the key to unlocking the metaverse".

According to BBC News, in a lively demonstration he starred in direct, the CEO of Meta created a basic virtual world - complete with island, beach, trees, clouds, picnic blanket and table - using Builder Bot. This novelty allows users to describe the world they want to build, thanks to voice commands, in order to gradually add elements.

Builder Bot is part of Meta's CAIRaoke project, which aims to improve AI assistants and enable AI to "see the world from our experience" as users enter the metaverse.

Additionally, Zuckerberg announced a plan to build a universal speech translator, because, according to him, "the ability to communicate with anyone in any language is a lifelong dreamed-of superpower."

Finally, Zuckerberg promised that the AI ​​systems that underpin Meta's virtual worlds will preserve user privacy and be transparent and accountable.

The truth is that Meta has invested in AI in recent years, having one of the leading experts in the field, Yann LeCun, head its department. In January, he announced that he had built a new AI supercomputer that he aims to be the fastest in the world when finished this summer. More than that, he plans to hire 10,000 people in Europe to help build the metaverse.