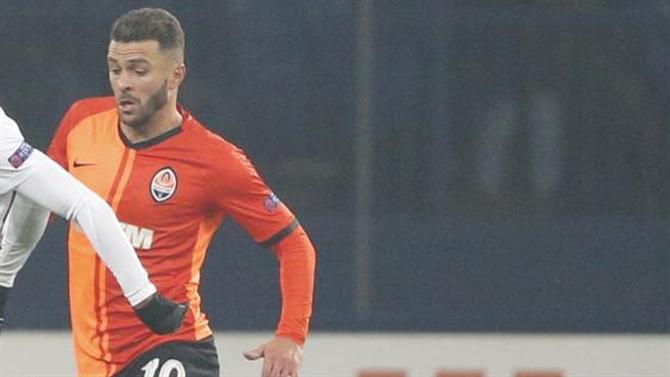 Júnior Moraes, a Brazilian striker from Shakhtar Donetsk, became a Ukrainian in March 2019 and was soon called up to the national team.

Today, at 34, he risks joining the Ukrainian army to defend the country.
The day before yesterday, the President of Ukraine, Volodymyr Zelensky, declared the state of general mobilization valid for three months. The measure prohibits male Ukrainian citizens from leaving the country while the legislation is in place. For now, Junior Moraes is staying in a hotel in Kiev, with the 12 Brazilians from Shakhtar.

Iago Sequeira escaped
Iago Siqueira, Brazilian midfielder, represents Alvarenga, of the Serie C of the Portuguese Championship, and was going to sign for the Ukrainians Inhulets. He had already trained with the team in Turkey and the trip to Ukraine was scheduled for last Wednesday. The next day the invasion took place. “It was the most tense 24 hours of my life. I needed to go to Portugal to sign papers and then I would go to Ukraine. I escaped this war for a day,” he said. he told ESPN Brasil.