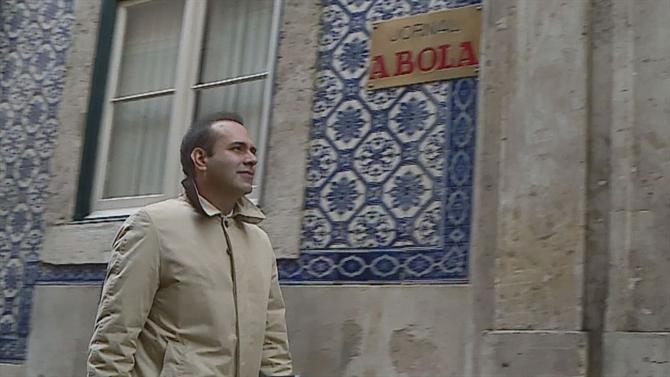 BOLA TV invited the three candidates in the elections next Saturday to explain the advantages of their candidature to the members of the club ((the list A, led by Frederico Varandas, refused the request). Here are the main ideas of the leader of the list C , Nuno Souza.

“What we have done is try to listen to as many members of Sporting as possible to contribute to the best-constructed electoral program. Sporting has in its name and in the vision of its founder to be as big as the biggest in Europe. First of all, we have to be big in Portugal, have a more national implementation, we are going to have elections, too bad that one of the electoral promises, which was to be able to vote in the nuclei, will not come true. Many partners outside Lisbon have not yet received envelopes to be able to vote, a significant loss of capital. It is because we believe it remains to be explored that digitization is such an important point in our program and has been neglected by the current Council.

“When around 20,000 associates are in play, a little less than 40% vote by post, for that you have to recognize the signature, which is a barrier to voting that exists. We may influence the results, what should be in the spirit of any Sports Council was to listen to everyone and what we are seeing is that we are leaving out a very large fringe of partners. Of these 20,000, not a quarter will exercise the right to vote. It’s a shame that Sporting doesn’t take advantage of this immense strength.” 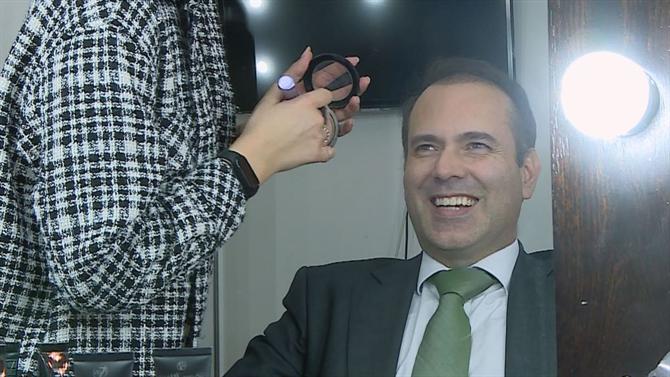 “The idea has emerged that to be a member of the Boards of Directors, you have to come from a certain lineage. We have succeeded in bringing together anonymous members, who have always wanted to make their voices heard. It’s not that our names aren’t strong, but they’re not stereotypes of a sports coach. We try to have interclass Sporting, heterogeneity, people who like to watch the match centrally, others behind the goal … ”

“Augusto Inácio has a lot of experience in the intricacies of football, in the dressing room he knows what it is like to be a coach and a manager. It will be necessary to gather the experience of someone who can exert the influence that we think is necessary. Given the profile we had defined as a football adviser, he seemed to us to be the person with the most experience, with the most years, it seemed like a simple and easy choice to make.

“Rúben Amorim is a great professional, he knows how to distinguish different roles, from what we have seen of his character, we would not expect anything other than to dedicate himself 100% to his work. We see no incompatibility, he is a professional with his hands full, and he so often gives his body to the balls. The seriousness with which he confronts journalists, not defending the indefensible, makes my fault. It’s a refreshing speech, I can only congratulate you. He showed that even if he is a champion, he continues with a self-criticism, a humility that does not seem simulated.

“There is a growing distance with Sporting’s fanbase, who are members and supporters. Contrary to what Frederico Varandas said was the motto of his campaign, to unite Sporting, what we have seen is that he is digging into differences, sectarianism, disunity in order to reign. You have to accept the differences between everyone. In order not to intensify this tribalism, we are all Sporting fans, we saw against Manchester City, a song in unison, that is to say that we must praise it, not dig into the differences . We must be tolerant, respect each other’s opinions, not wage wars based on opinions. 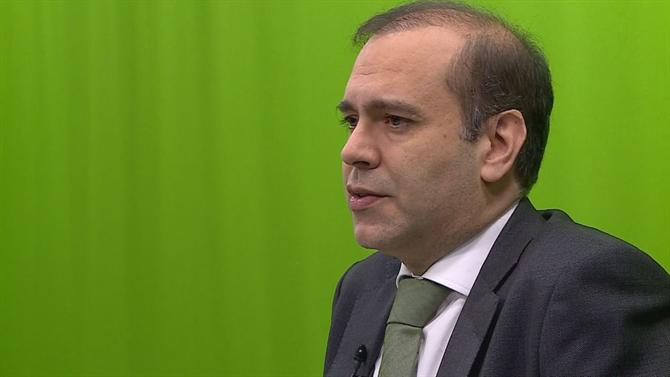 “You have to be rigorous, Sporting is constantly losing money, they had a very rich heritage, they sold it. What remains today is a liability of around 400 million euros, this only leads us to say one thing: the successive administrations of Sporting have not taken good care of the management. It’s not by shooting with record numbers that things change, because that’s not what we see in the financial statements. Balance the annual base of Sporting, increase revenue, ticketing can be done more, lower the price of Gameboxes and control costs, in connection with sports management; very strong bet on the formation, it is not for one year to put six members of the formation and not to put more… it is to feed the main team of Sporting consecutively with elements of the formation. You can’t get into this paradigm that pays players a lot up front, above the acceptable market price and only leaves 50% of the sale. Resolving the past means seeing if the Board has already done work for the takeover of VMOC, Sporting must be restructured, there is gigantic cash pressure. This year he has to manage 130 million euros, but that is not said, around 70 million euros go to suppliers, clubs and agents, which causes problems with UEFA regarding financial fair play. If this restructuring is not prepared by the Board of Directors, we must roll up our sleeves and look for credible financial institutions abroad and introduce them to Sporting fans. We cannot leave to 2026 a problem that has dragged on for many years. Maybe the club squandered great terms on the international market in recent years because there’s never been so much money available and such low interest rates, now the trend is the other way around. . In the first six months, we are going to present a plan for stability and growth, show the financial institutions a credible project because we will respect it scrupulously.

“Balance Sporting so that sales are made when Sporting wants it and not to cover up negative results. At the moment, in equity there is a negative of €30m, which is a situation of technical bankruptcy, six months ago I had more (40m), but we don’t talk a lot because the noise of the ball coming in makes the noise of the figures, worrying, do not really reach the ears of Sporting fans.

“If they want to give us the privilege of directing the destinies of Sporting, we will always have this attitude: to listen, to create the supplier of the partner, because the partners are very willing to contribute, but they do not feel an open channel. We want to give them, as well as participatory General Assemblies, with mutual respect and rigor in the accounts.