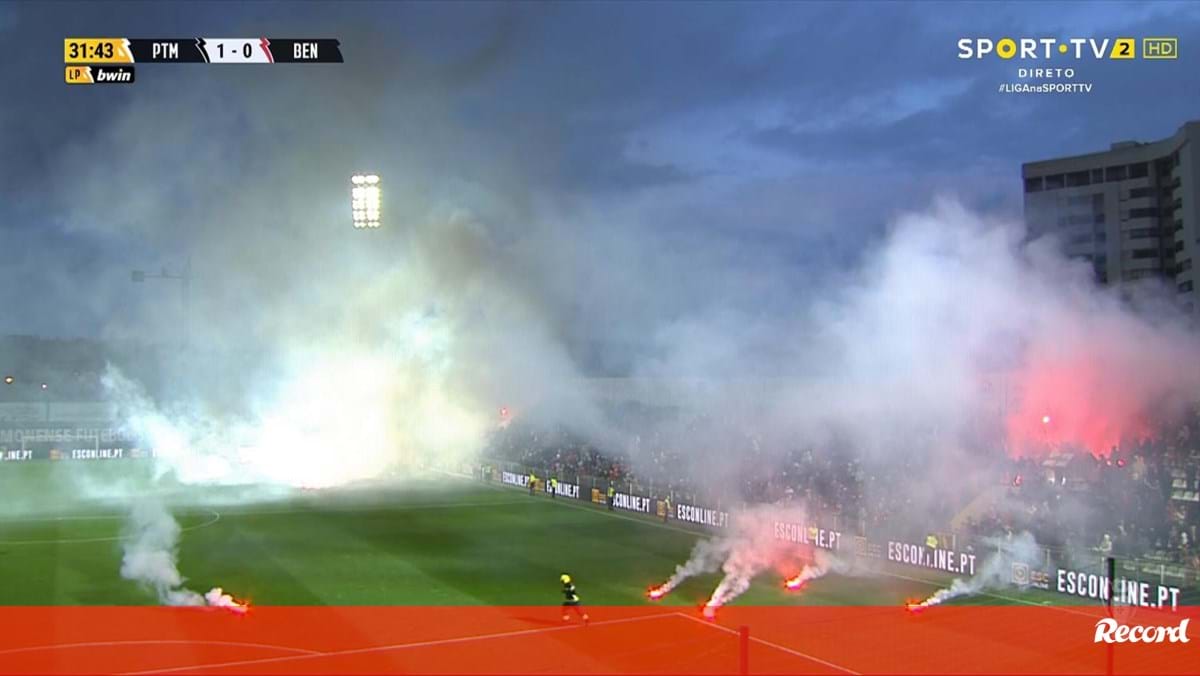 Benfica have been fined more than 10,000 euros ($10,840) due to the behavior of fans during the weekend’s game against Portimonense. Besides the Reds, the Algarves themselves were also fined for the acts of Eagles supporters, in this case 1,122 euros. The penalty card from the Portuguese FA Disciplinary Board shows two fines for Benfica. The biggest, corresponding to 7,650 euros, corresponds precisely to the launching of nine torches on the lawn at 31 minutes by supporters identified in the colors of the club. This episode, let us remember, caused the temporary suspension of the match. The eagles were also punished with an additional €3,190 for using other artifacts. At 31′, the supporters released “two smoke bombs, a flashlight and two firecrackers”, while at 49′, in the same stands, “a smoke bomb” went off.

Portimonense, on the other hand, was punished with more than one thousand euros (€1,122) for failing to prevent the entry and permanence of unauthorized objects, with the report alluding to the aforementioned moments.

Benfica corrects the report of the referee and the delegate

On the other hand, the Luz club managed to correct the referee Fábio Veríssimo and the League delegate regarding the downtime caused by the throwing of torches on the pitch.

As revealed by the penalty card from the Disciplinary Committee of the Portuguese Football Federation, the referee and the delegate understood that the stoppage of the match, at 31 ‘, had lasted about ten minutes. Informed of this allegation, and authorized to present its defence, Benfica proved that the interruption lasted “only” eight minutes and 24 seconds.

What changes? It’s simple. According to point 1 of article 178 of the Regulations for Competitions organized by the League, the suspension of a match for ten minutes or more due to the throwing of potentially dangerous materials on the grass “is punishable by the penalty of playing behind closed doors. closed”. “. to be fixed between a minimum of one and a maximum of two games.”