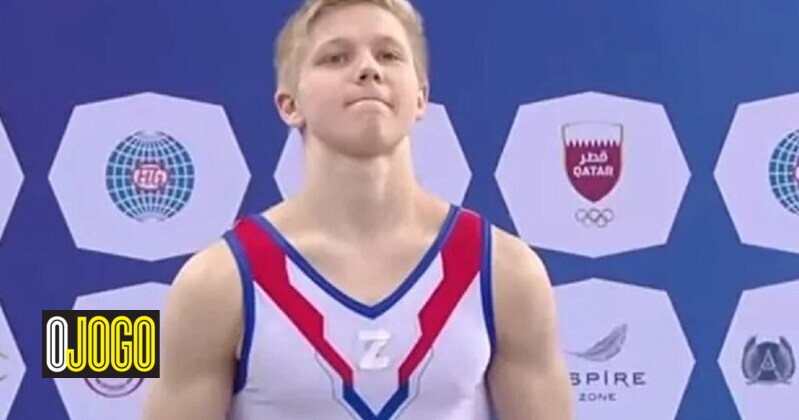 After wearing a “Z” – a symbol used by the Russian army – on the podium of the Artistic Gymnastics World Cup, Ivan Kuliak was hotly contested and is the subject of an investigation by the FIG. Now he has talked about the case.

Ivan Kuliak, a Russian gymnast who displayed a ‘Z’ on his equipment when he stood on the podium at the Artistic Gymnastics World Cup in Doha, Qatar, has spoken out on the case for the first time . The symbol/letter is used (a) by the Russian army on military vehicles and means “For Victory”.

The athlete’s act has caused a lot of controversy and the International Gymnastics Federation (FIG) has already opened an investigation into what happened.

Thanks to Telegram, Kuliak defended himself. “We were told to cover the flag [da Rússia] and I did. They had already banned everything that was possible to show and I just wanted to show where I come from, that’s all. I’m not afraid of the consequences and I don’t want to hurt anyone. The ‘Z’ stands for ‘For Victory’, for peace. And the Ukrainian athletes mistreated us, just seeing them would believe it,” he added.

“Ukrainian athletes started this whole political movement. It was in response to that that I did what I did. They were on the podium shouting ‘Glory to Ukraine’ and, according to the rules of competition is not allowed, but no one told them about it.

The Russian won a bronze medal on the parallel bars. Ukrainian Ilia Kovtun was the winner of the race.

Remember that, since Monday, Russian and Belarusian athletes have been banned from participating in competitions organized by the FIG.