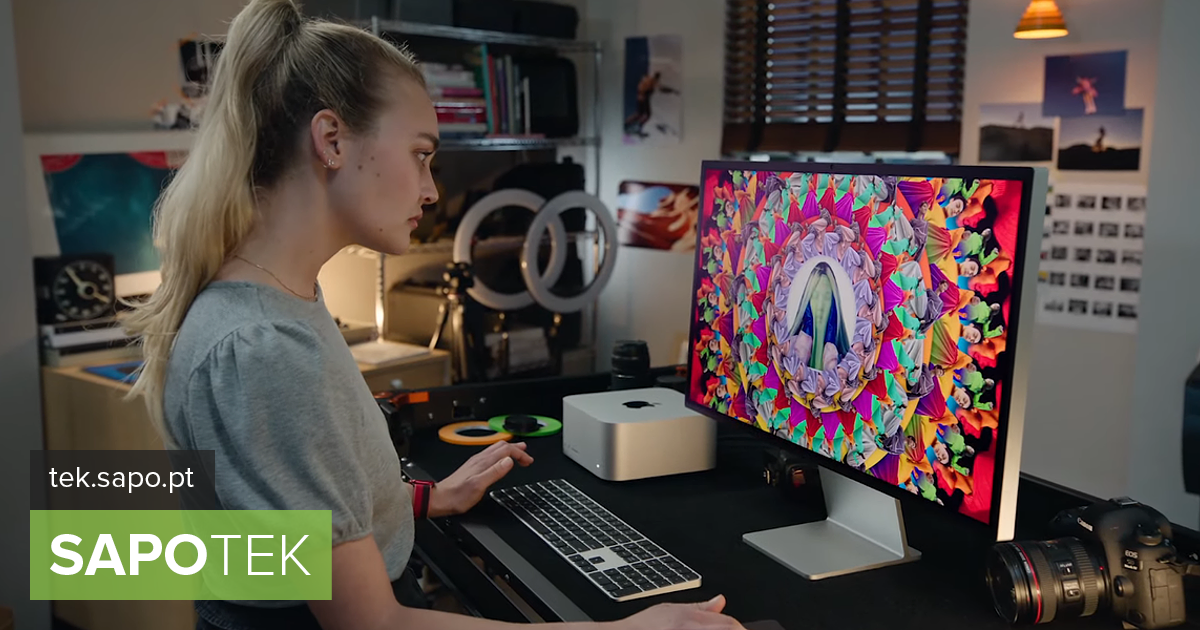 In addition to the powerful new Mac Studio computer, unveiled on Tuesday, Apple unveiled the new screen, the Mac Studio Display. The monitor has a 27-inch screen with 5K resolution based on Retina Display technology. The screen has several next-generation features, including an internal processor, the A13, which is the same one equipped in the iPad.

The monitor can be used on a variety of Apple devices from the Mac family, but also on some iPads. The Cupertino manufacturer also clarified to The Verge that the monitors are compatible with Windows computers. Users can use Mac Studio Display like a normal display, though Apple points out that some of its unique features and others specific to the Mac environment won’t work. Windows won’t take advantage of your internal processor, for example.

Its internal webcam and powerful speakers will be fully functional on the PC. Apple says that while all the features of these devices are specific to Mac compatibility, there will be no problem using the 12MP webcam as an equivalent USB-connected device.

View monitor images in the gallery

Features such as Center Stage, Spatial Sound and direct interaction with the smart assistant Siri will not work on Windows computers, as they are handled by its internal A13 processor. The manufacturer also clarified that the use of its maximum resolution will also depend on the specifications of the computers. Indeed, not all PCs will be able to transmit a 5K signal at 60 Hz via Thunderbolt or USB-C.

Recall that the Mac Studio Display has three USB-C ports and a Thunderbolt, providing connection to the Mac via a 96 W powered cable. And you can connect up to three monitors to an Apple laptop.

As for the prices of the monitor, they vary according to the desired options. The standard version has a screen with standard glass, which Apple says reduces glare. In this case, it costs 1,799 euros by opting for the support for the adjustment of the inclination. Same price for the option of a VESA mount adapter. The stand option to adjust the tilt and height of the monitor costs 2,259 euros for the same type of glass.

The second screen option is nano-textured glass, which can scatter light to further minimize glare, improving the image, Apple says, in places with greater lighting challenges. Its value is 2,049 euros for the basic stand and VESA. If you opt for the stand option with tilt and height adjustment, it costs 2,509 euros.