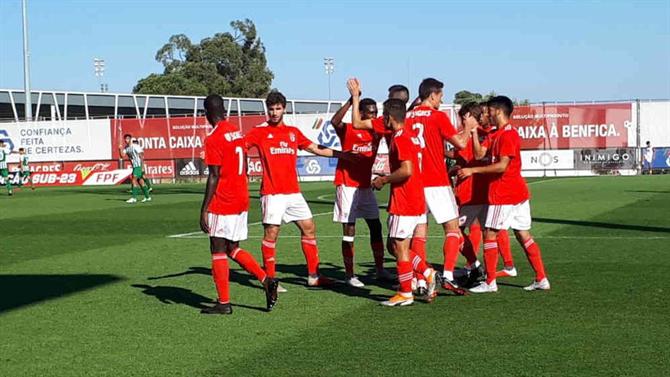 Benfica received and beat Estoril, 2-0, in a match of the 9th round of the qualifying phase of the Champions League, played this Saturday morning, at the Benfica Campus, in Seixal.

Luís Semedo was the great figure in the duel between eagles and canaries, scoring the two goals of the red victory.

Facing an Estoril who were already double champions – Vasco Botelho da Costa’s team celebrated their second consecutive title in the last round – Luís Castro’s men took the lead in the 17th minute, when Luís Semedo, from the penalty spot… Luís Semedo) beat Francisco Lemos for the first time.

The Benfica striker’s brace came 7 minutes later: Zan Jevsenak’s shot was blocked by Francisco Lemos, but on the rebound the inevitable Luís Semedo, in the small area, made it 2-0.

Estoril, in the second half, had a great opportunity to reduce the disadvantage and enter the discussion for the three points, but Volnei Feltes spoiled a penalty (hand on the ball from Diogo Nascimento), allowing an excellent intervention from Samuel Soares .

With this triumph, Benfica overtakes Leixões (who plays this Sunday, at 1 p.m., in the stronghold of Portimonense) and temporarily climbs to 2nd place, with 14 points. Estoril, already titled, naturally retains the lead, with 18 points.