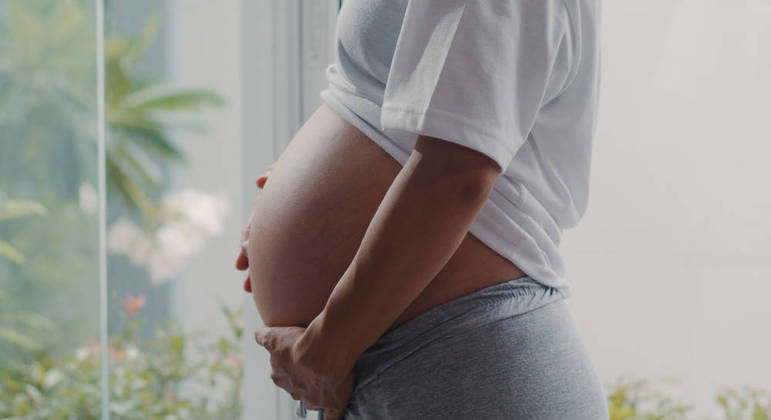 For a time, the assumption that pregnancy could increase the risk of a new case of breast cancer for women already affected by the disease caused the apprehension of doctors and kept patients away from the maternity ward. Contrary to this idea, recent studies have shown that pregnancy can actually increase the survival of these women.

Research supported by the Italian Ministry of Health and the Italian Cancer Research Association, published in the Journal of Clinical Oncology, found that compared to breast cancer patients who did not become pregnant , those who had a pregnancy had a lower risk of recurrence of the disease, which, consequently, increased their survival time.

The gynecologist Maurício Chehin, scientific and oncofertility coordinator of the Huntington group, explains that the previous hypothesis considered that the female hormones increased by pregnancy would potentiate the risk of recurrence, that is to say reappearance of the disease. For him, the result of the study is surprising and is not only related to hormonal problems.

“During pregnancy, not only hormones such as estrogen and progesterone, but also other molecules and substances, some hormonal and some not, can play a protective role for the breast. So, most likely, it is this whole pregnancy as a whole, and not one hormone or another, that ends up protecting and not increasing the risk, as previously thought,” assesses the specialist.

According to the gynecologist, undergoing chemotherapy, regardless of the type of cancer, can have an impact on a woman’s reproductive capacity. This is because chemotherapy directly affects the ovaries and egg production, which reduces fertility.

Chehin explains that each chemotherapy has a different degree of toxicity to the ovary, which varies depending on the treatment and the dose given to the patient.

“For those who have not had egg freezing, post-cancer fertility will first depend on the woman’s age at diagnosis, her ovarian reserve and her egg stock. It makes a lot of difference, because we know that a woman who is around 40 years old, physiologically, already has reduced fertility,” explains the doctor.

There is no standard waiting time to get pregnant after completing chemotherapy treatment, according to the specialist. For this to be determined, the assessment must be made on an individual basis and take into account factors such as the prognosis of the type of cancer, recurrence rates and the type of treatment performed.

“The fear of the oncologist is always that there will be a recurrence of the cancer during pregnancy, because if that happens, chemotherapy drugs are generally contraindicated, because they will attack the fetus. With radiotherapy, it’s the same thing. So there are patients who can become pregnant in one or two years, while there are others who will have to wait five to eight years, it is very variable”, emphasizes Chehin.

In addition to treatment, the type of cancer and the area in which it is located are factors that can reduce the risk of pregnancy. In addition, the sequelae of the disease or its evolution in the body can impact the course of pregnancy.

“There are cancers of all types and all severities, so, for example, a woman who had kidney cancer and ended up with kidney failure, it will be a complication of pregnancy. Everything is very specific, but it depends on whether the cancer or the treatment has left any sequelae. If there are no sequelae in terms of health and comorbidities, the pregnancy proceeds without major complications”, explains the doctor.

In this sense, the gynecologist warns of the importance of raising awareness about pregnancy and fertility for women facing cancer treatments.

“Someone needs to tell a woman of childbearing age facing cancer that chemotherapy and radiotherapy treatment could make her infertile in the future. This is very important because when she knows this she can take the decision to have a fertility method or not. But she can decide. Because today, what we see are these women who did nothing because they were not told that was a problem,” she says.