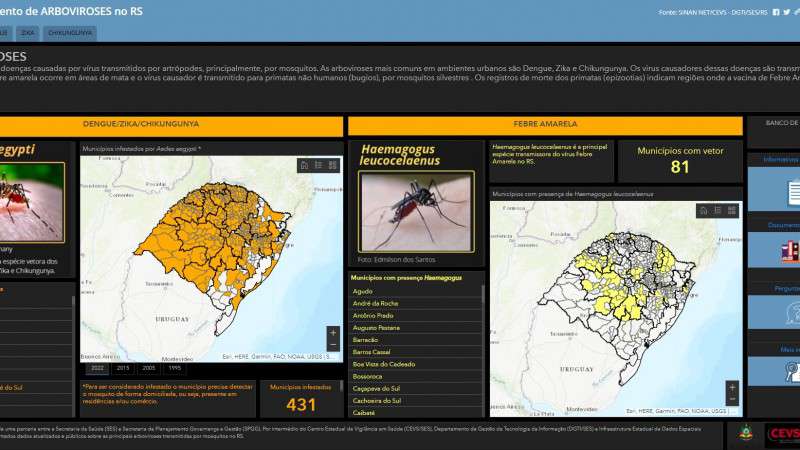 The state government has launched the surveillance committee for viral diseases transmitted mainly by mosquitoes (arboviruses), such as dengue fever, zika, chikungunya and yellow fever. 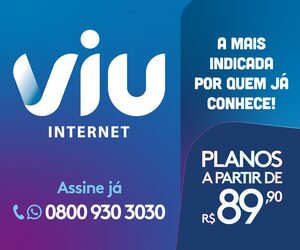 On the initiative of the Center for Public Health Emergency Operations (COE) Arbovirus and in partnership between the Department of Health (SES) and the Department of Planning, Governance and Management (SPGG), the panel will bring greater visibility to the transmission of these viruses.

In the summer of 2021, the state recorded outbreaks of chikungunya, zika, and the largest dengue fever outbreak since the first indigenous cases (contracted in the gaucho’s own territory) in 2007, with the number of cases and deaths higher than expected, explained biologist Jader Cardoso. , from the State Health Monitoring Center (Cevs).

In addition, in 2021, after 12 years, the circulation of the yellow fever virus was detected, reaching monkeys in more than 30 municipalities.

The panel, launched on Thursday (10/3), brings information such as in which municipalities the mosquitoes that transmit these diseases have been found (Aedes aegypti, in the case of dengue, zika and chikungunya; and Haemagogus leucocelaenus, in the case of yellow sylvatic fever), number of cases and deaths that can be consulted by year, age group and municipality. It also reports primate death records (epizootics) and information on yellow fever vaccination.

“The objective is to provide access to this information to anyone, whether citizen, public manager or health professional.

Another advantage is to follow the evolution of cases and prepare a population response in vector control strategies (mosquitoes) or health network preparation.

From a working point of view, it will be a tool that will bring together the results of several technical fields, allowing an integrated view of human cases of arboviruses, vaccinations, surveillance of the death of howler monkeys by yellow fever, and d ‘other data,’ Jader added.

In the future, the panel should be expanded, including information on surveillance and vector control. This partnership between the secretariats inaugurates a new phase in the integration of databases, the development of information systems and the dissemination of health information.

The panel is part of the Geoportal, the public interface of the State Spatial Data Infrastructure (Iede). This is a strategic project of SPGG, and it is consolidated as the main platform for sharing data, services and geospatial applications in the State of Rio Grande do Sul.

Get the main news on your WhatsApp

“The panel represents an important contribution for monitoring the epidemiological scenario and for decision-making in areas related to health surveillance and the fight against disease vectors,” says Maria do Socorro Barbosa, director of Iede.

“The panel will bring transparency and information about these viral diseases. It will gather data that will help us make better decisions about strategies to deal with the surge in cases,” said Health Secretary Arita Bergmann.

Arboviruses are diseases caused by viruses transmitted mainly by mosquitoes. The most common arboviruses in urban settings are dengue, zika and chikungunya. The viruses that cause these diseases are transmitted by Aedes aegypti. Yellow fever occurs in forest areas and the virus that causes it is transmitted to non-human primates (howler monkeys) by wild mosquitoes. Records of primate deaths (epizootics) indicate areas where yellow fever vaccine should be applied.

In April 2021, SES declared a Public Health Emergency of National Importance and the following month established the Arbovirus Public Health Emergency Operations Center (COE). One of the objectives of the COE, under the coordination of the Cevs, is articulation and planning in order to improve prevention, control and response measures to the emergence of arboviruses.