The information was given by the company’s technical marketing manager, Robert Hallock, who also provided some details on how the technology should affect games and not have significant impacts on professional applications, such as some users expected it.

In an interview with the site hot hardwareRobert Hallock has confirmed that the new Ryzen 7 5800X3D will not support CPU overclocking, due to the presence of 3D V-Cache.

The executive explains that the technology is not yet fully mature and can only work with voltages between 1.3V and 1.35V, which makes it impossible to apply higher values ​​to the chip. 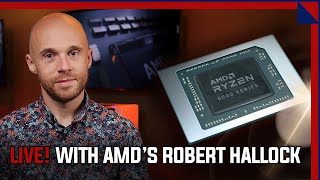 Faced with this scenario, AMD has decided to completely block clock and voltage changes on the processor, in a hardware-level lock-in – even motherboard manufacturers won’t be able to release the feature.

That said, the marketing director clarifies that the Infinity Fabric and RAM overclock are still available, and the limitation is exclusive to the 5800X3D, not dictating the brand’s next releases, which will remain unlocked.

Another curious point highlighted by Hallock is that V-Cache 3D specifically benefits gamers, having no significant impact for professionals.

According to him, games access memory frequently, so a larger cache benefits users by increasing the amount of information kept near the processor. Professional applications fetch data much less frequently, so they have no advantage with the new technology.

With lower frequencies, to avoid excessive heating of the stacked memories, the component shares most of the configurations of the traditional 5800X.

There is no information on the prices to be charged in Brazil so far.