Snail plague: the deadly disease that has infected more than 56 million women worldwide

The World Health Organization warns of an epidemic in Africa of this parasitic pathology which does not present any particular symptoms. 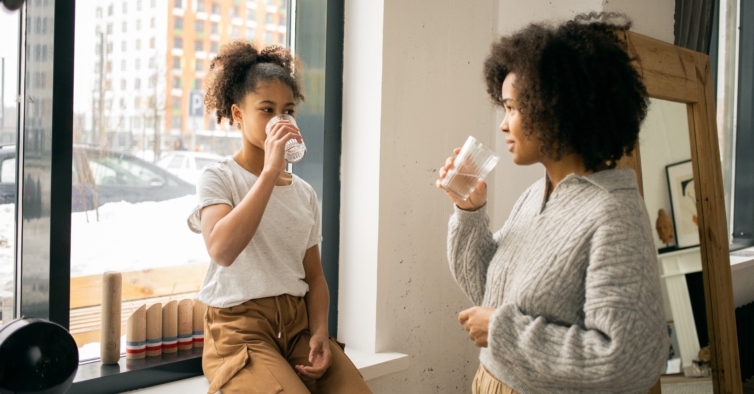 This disease is endemic in Africa.

The snail plague puts the African continent on alert. The World Health Organization (WHO) estimates that it has affected around 56 million women and girls. The disease is caused by a parasite that takes up residence in the female reproductive system and can be fatal.

Technically known as female genital schistosomiasis (SFG), this pathology is caused by a worm which leaves the snail when it is in fresh water, settles in the organism and produces eggs which attack, in females, to the colon, uterus and fallopian tubes. Gustavo Tato Borges, acting president of the National Association of Public Health Physicians (ANMSP) explains to NiT that “it is a disease that mainly affects women, with consequences on the ability to get pregnant and, in extreme cases, it can even lead to death due to an increased risk of developing uterine and bladder cancer and HIV infection.“.

According to the British newspaper “Telegraph”, it is in the waters of the Kafue River, in Zambia, in southern Africa, that the invisible enemy attacks. Once the parasites leave the snails, they begin to look for a host where they can settle. When they find human skin, they enter the bloodstream, where they travel until they can introduce eggs into the cervix, eventually blocking the fallopian tubes.

“One of the problems with this disease is that it has no specific symptoms” refers to the Public Health Physician. “There are cases where the diagnosis takes several years, during which people come to health services with swelling in different areas of the body, fever and even blood in the urine.”

Although it is more common in women, snail plague also affects men and causes around 280,000 deaths a year worldwide.

Kasika Mkwakti, a nurse in Maramba, an area of ​​Zambia heavily affected by snail plague, admitted that the team she works with had never heard of the disease until 2020, so it is only now that medical professionals have started doing tests to try to catch the infection as soon as possible. “Last month we looked at 48 women and one already had cervical cancer,” she told the British newspaper.

The disease has a treatment and a cure

Snail plague can be treated and prevented. In some areas of Zambia, where the disease has progressed very strongly, adolescents receive annual preventive treatment. In accordance with WHO recommendations, they receive praziquantel, an active substance used to treat worm and parasite infections.

Children are a very vulnerable public to this pathology. “The fact that there is a preventative program for school-aged minors signals that the situation is not good,” said Precious Kaubula, technical officer for WHO in Zambia, quoted by “The Telegraph”.

Poor access to drinking water is singled out as one of the causes of this endemic. Scarcity drives people to seek drinking water from rivers, increasing the risk of contracting diseases such as snail plague or cholera.

Gustavo Tato Borges explains to NiT that it is possible to eradicate the disease: the method “goes through the control of water quality, ensuring that water for domestic use is treated and the control of snail pests and chemoprophylaxis in school-age children”, specifies- he. This strategy can contribute to the eradication of this pathology, as has happened in countries such as Japan or Tunisia, for example. “In Portugal, this condition has not been detected, fortunately, in particular because of the better level of quality and accessibility to controlled drinking water”, explains the specialist.