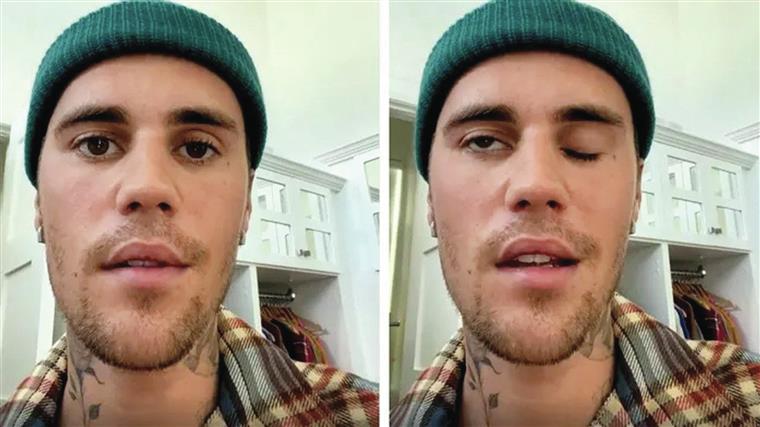 Ramsay Hunt Syndrome made headlines after singer Justin Bieber announced that he suffered from it and, for this reason, canceled the next concerts already scheduled. It is known that this pathology is an infection of the facial and auditory nerve that causes facial paralysis, hearing problems, dizziness and the appearance of red spots or blisters in the ear area, caused by the same virus which causes chickenpox and herpes.

The 28-year-old public figure said in a video posted to Instagram last Friday that the condition left him unable to move part of his face, showing he was unable to blink or smile on one side of his face. face. After sharing this with 241 million followers, the singer known for hits such as ‘Peaches’ or ‘Yummy’ received thousands of comments in which fans associated the event with the covid-19 vaccine, suggesting that it could be a side effect of the inoculation.

As for the symptoms mentioned, the syndrome causes a painful red rash with fluid-filled blisters in and around one of the ears, facial weakness or paralysis on the same side of the affected ear, the rash cutaneous and facial paralysis usually occurring at the same time. . at the same time, although sometimes one may occur before the other, and other times the rash never appears.

In addition to these problems, if you do a search on the websites of recognized institutions, such as the Mayo Clinic, you will find that earache, deafness, ringing in the ears, difficulty closing one eye, sensation of spinning or motion (vertigo), change in taste perception or loss of taste, dry mouth and eyes.

To better understand this situation, LUZ spoke with surgeon Ankur Khajuria, resident member of the Royal College of Surgeons of England, the American Society of Plastic Surgery (ASPS) and the British Association of Plastic, Reconstructive and Aesthetic Surgeons (BAPRAS).

“Ramsay Hunt syndrome is caused by the reactivation of a virus called varicella zoster virus (VZV); the same virus that causes chickenpox and shingles. It remains in the body in a latent or ‘inactive’ state a once the infection is cleared, but may “reactivate” after a trigger – such as fever, stress or a weakened immune system.” Imperial College London and Associate Editor of the Systematic Journal of Critics.

“If this happens it can lead to inflammation of the facial nerve which supplies the muscles in the face – this is what Bieber talks about in his video. It can also be associated with rashes or blisters around the ear, facial weakness on the affected side, difficulty closing the eyes, loss of facial expression, pain in the ear or face, hearing loss, and ringing in the ears.

“But people with symptoms like Bieber’s shouldn’t give up hope – prompt treatment (within 72 hours) with antiviral drugs, steroids and painkillers can help. Many people (70%) recover completely if treatment is started early,” says the doctor, who made a similar analysis to other media, such as a column he published in The Independent.

“So what about the rumors that the covid-19 vaccine is to blame?” he asks. “Well, in clinical trials of mRNA vaccines, facial paralysis was observed in only seven cases out of 35,654 people (0.020%) in the vaccinated group – and only one case out of 35,611 people (0.003%) in the placebo group (an injection of an ‘inactive’ vaccine, designed to act as a control substance to allow scientists to study the different effects),” he adds, explaining that “despite suggestions of an association between the vaccine against covid-19 and the activation of the VZV virus – which can cause facial paralysis – no causal link or relationship has yet been found”.

Next, the healthcare professional explains that a team of researchers from the pharmacovigilance department, Grenoble-Alpes University Hospital, France, analyzed 133,883 reported cases of adverse drug reactions reported with vaccines against the new coronavirus in the World database. Health Organization (WHO). They found an extremely low number (0.6%) of cases of facial paralysis-related events.

“Over 320 million vaccines had been administered at the time this study was conducted, and the reported rate of facial paralysis was no higher than that of other viral and influenza vaccines. And although there have been reports of isolated facial paralysis reported for decades with almost all viral vaccines – cases like Bieber’s – no studies have established a higher risk of post-vaccination facial paralysis.” au contrary, associated with covid-19 infections.

This case concerns a health professional, 31 years old, in daily contact with covid-19 patients. She went to the emergency department, due to a change in right hemifacial sensitivity and facial asymmetry, after being discharged from medication and being diagnosed with Bell’s palsy. About a week after this episode, he relapsed again for general malaise, fever, nausea and vomiting, screening for covid-19, which turned out to be positive”, reads a clinical case studied by the doctors of the Center. Hospitaller West of Lisbon.

“A first retrospective analysis of 214 cases, carried out by Mao et al, reported the presence of neurological symptoms in 36.4% of patients hospitalized with COVID-19. The most common symptoms/pathologies were dizziness (16.8%), headache (13.1%), myalgia (10.7%), altered state of consciousness (7.5%) , dysgeusia (5.6%), hyposmia (5.1%), strokes (2.8%). ), ataxia (0.5%) and convulsions (0.5%) (1.3)”, emphasize the authors, pointing out that “since then, several other articles and series have been published, reporting multiple manifestations or neurological pathologies , such as Guillian-Barré syndrome or encephalitis”.

Returning to the specific pathology that affected Bieber, Ankur Khajuria clarified that he analyzed the most recent research in light of the celebrity experience and added that “a study published last month did not find any significant evidence that covid-19 vaccination was associated with increased risk of VZV viral infection”, and “a previous study came to a similar conclusion”.

It is recalled that last January there was a comment in a publication of Correio da Manhã where an article titled “The Director General of Health calls on parents to schedule the vaccination of their children themselves” was shared: ” My 10 year old son took the first dose of the vaccine [e] had facial paralysis today. The hospital asked for the batch number because there are more cases”.

Questioned by the polygraph, “Fernando Fonseca Hospital confirms having observed, in a pediatric emergency, on January 1, 2022, a 10-year-old child diagnosed with peripheral facial paralysis, to whom the first dose of the vaccine against covid-19 had been administered. on December 18”, and the hospital establishment guaranteed that the situation had been notified to Infarmed and until this date it was “the first notification reported by this hospital”.

“As with any drug, a temporal coincidence does not imply a cause and effect relationship, so this issue is being addressed by Infarmed in collaboration with the Regional Pharmacovigilance Unit of Lisbon, Setúbal and Santarém, in order to proceed with the collection of additional data for its analysis and evaluation”, specified Infarmed, specifying that at the time, there was “no information on suspected irregularities in any batch of vaccines against covid-19 intended for the vaccination of children ” .

“Large-scale studies are needed to establish whether there is a link between Covid-19 vaccines and facial paralysis caused by VZV infection, but – as any doctor will tell you – the importance of vaccines in putting ending the pandemic is paramount. In summary: Current scientific evidence shows that getting this type of VZV infection is rare and the risk is low, similar to the risk from other viral vaccines. But it must be quickly recognized, managed and reported”, he underlines, in line with the data published by the Our World In Data platform this Wednesday morning.

In Portugal, the next vaccination campaign against covid-19 and influenza for people over 65 and people with comorbidities will start on September 5, as announced by the Director General of Health, Graça Freitas, specifying that the objective is that it be completed in December. At a press conference a week ago, Health Minister Marta Temido said the country has 6.9 million vaccines in stock.

The country has spent 15 million euros for the purchase of the flu vaccine, for this next vaccination plan, which this year will be reinforced tetravalent. and “will be used for the first time in Portugal”. In this way, Graça Freitas explained that it is planned to opt “as far as possible” for the strategy of co-administration of the two vaccines, specifying that the time between doses (or infection) is three months, to “simplify the process”.

It is known that the diet will start with the over 80s and continue until the last month of the year in a decreasing fashion until reaching the 65 age group.