O Cervical cancer It is one of the most frequent malignant tumors in the female population. Although treatments have a good chance of success, this type of cancer is the fourth leading cause of cancer death among women in Brazil. Lethality is linked to late diagnosis, so It is important to carry out periodic examinations and pay attention to the body’s signals for possible symptom investigations.

Among the signs that can indicate this type of cancer are changes in the vaginal secretion. Changes in color, texture and consistency should be reported to the physician or accompanying physician. According to experts from British Institute for Cancer Researchvery smelly discharge and pelvic pain should also be looked for.

Know other symptoms of the disease in women:

According National Cancer Institute (Inca)cervical cancer is expected to affect 16,710 women per year, with 6,627 deaths.

Factors that increase the risk of cervical cancer include smoking, unprotected sex, and long-term use of birth control pills.

It should be remembered that the Ministry of Health provides the vaccine against HPV – the main cause of cervical cancer – as a form of prevention against certain types of virus.

Cervical cancer can affect women of all ages, although it is rarer in women under 25. For early detection of the disease, it is important to consult a gynecologist and perform periodic pap smears. 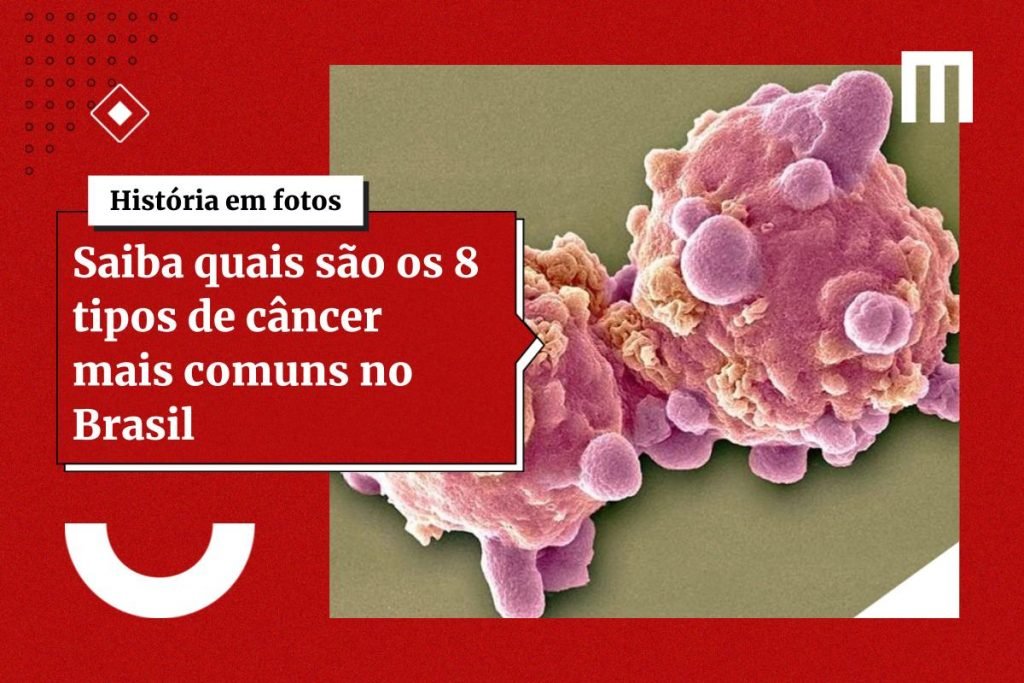 According to the National Cancer Institute, for each year of the 2020/2022 triennium, approximately 625,000 cases of the disease will be registered in Brazil. Besides skin cancer, the most common types that affect Brazilians are prostate, breast, cervix, lung, stomach, oral cavity, and thyroid.Scientific Photo Library – STEVE GSCHMEISSNER, Getty Images

Extremely common in the country, skin cancer is characterized by the appearance of tumors on the skin in the form of spots or spots with irregular shapes. Linked to prolonged exposure to the sun, exposure to artificial tanning devices or for hereditary reasons, the disease can be treated with surgery, radiotherapy and chemotherapy.miriam-doerr/istock

Breast cancer is caused by the uncontrolled multiplication of cells in the breast. Although common in women, the disease can also affect men. Among the symptoms of the disease are: pain in the breast area, hardened mass, redness, swelling and bloody secretion. Treatment includes surgery to remove the breast, chemotherapy, radiation therapy, and hormone therapy.SCIENTIFIC PHOTO LIBRARY/Getty Images

More common in men, prostate cancer has the following symptoms: presence of blood in the urine, difficulty urinating, need to urinate several times a day and delay in starting and finishing urination. Surgery and radiotherapy are among the treatments for the disease.Getty Images

Although it may be linked to hyperthyroidism, smoking, changes in sex hormones and diabetes, for example, thyroid cancer is still not well understood by experts. Despite this, treatments for the disease involve hormone therapy, radiation therapy, radioactive iodine, and chemotherapy, as appropriate. Images: getty

Lung cancer is one of the types with the highest incidence in Brazil. Related to the use or prolonged exposure to tobacco, its main symptoms are shortness of breath, chest pain, recurrent pneumonia, bronchitis, bloody sputum and frequent coughing. The disease is treated with chemotherapy, radiotherapy or/and surgeryBSIP/Getty Images

In Brazil, squamous cell carcinoma has the highest incidence among stomach cancers. Treatments involve surgery or radiation therapy and chemotherapyiStock

Stomach cancer is diagnosed after identifying malignant tumors that are distributed throughout the organ and may appear as ulcers. Linked to infections caused by Helicobacter Pylori, by the presence of ulcers and untreated chronic gastritis for example, the disease can cause vomiting with blood or blood in the stool, frequent abdominal pain and constant heartburn .Smith/Gado/Getty Images Collection

Oral cancer is a disease that involves the presence of malignant tumors on the lips, gums, roof of the mouth, tongue, cheeks and bones. It is more common in men over the age of 40 and presents as symptoms of sores in the oral cavity, spots on the tongue and nodules on the neck, for example. Treatment includes surgery, chemotherapy and radiation therapy.pixel

Get news from metropolises on your Telegram and stay up to date! Simply access the channel: https://t.me/urgentmetropolis.