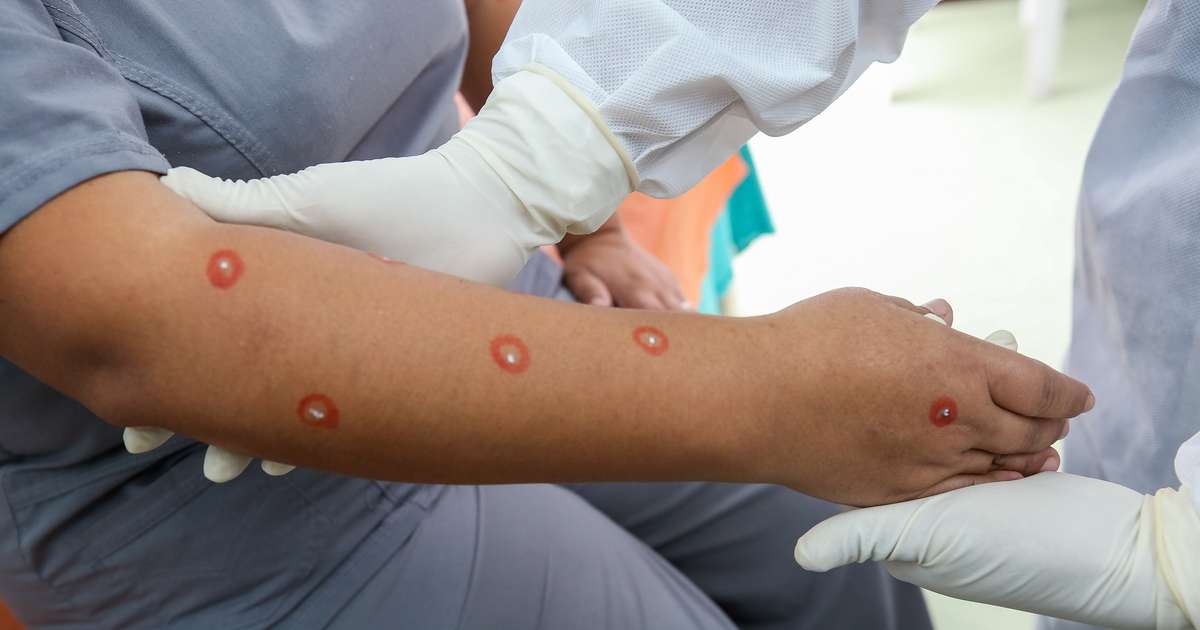 Sao Paulo has 538 confirmed cases of monkey poxas reported by the State Department of Health in Stadium, this Saturday 23. The capital concentrates most of them (442), but the disease has already reached 32 other cities. The first infection was recorded in the state on June 9.

The Ministry of Health, in a note, stressed that all patients are “with a good evolution of the picture” and are being followed by municipal epidemiological surveillance. The secretariat also pointed out that currently the outbreak does not involve monkeys. “Transmission occurs between people.” The state government is evaluating the purchase and production of vaccines to contain the spread of the disease.

The country has registered 696 cases and is investigating 336 other suspects, according to data from the Ministry of Health, released on Friday 22. Worldwide, according to the World Health Organization (WHO), there are more than 16,000 cases .

This Saturday, the organization recognized that the advance of monkeypox constitutes a public health emergency of international importance. The alert means the outbreak is an “extraordinary event” that poses a risk of international spread and requires a coordinated global response. The emergency declaration serves primarily as a call to bring more resources and attention to the disease.

As explained by Stadium, one of the major barriers to expanding the reach of monkeypox has been the variety of disease manifestations and under-reporting. The incubation period of the virus ranging from 5 to 21 days, the first symptoms usually include fever, sore throat, headache and body aches (which in some cases lead to a first suspicion of infection with certain respiratory viruses), in addition to swollen nodes. A few days later, lesions appear on the skin, with small rashes that can spread to the fingers, hands, arms, neck, back, chest and legs.

For now, men who have sex with men (MSM), according to the WHO, account for the majority (98%) of cases. However, this does not mean that other people cannot be infected.

Faced with this scenario, the state government is evaluating the possibility of procuring and producing vaccines to control the spread of smallpox caused by the monkeypox virus. The Ministry of Health coordinates with the WHO the purchase of vaccines.

Last Friday, the European Medicines Agency said it would use the smallpox vaccine to immunize people against monkeypox. The decision to use the drug was justified by the similarity between the viruses.

Checklist of cities with confirmed cases

The first European case was confirmed on May 7 in an individual who returned to England from Nigeria, where monkeypox is endemic. Since then, countries in Europe, as well as the United States, Canada and Australia, have confirmed cases.

First identified in monkeys, the viral disease is usually spread by close contact and occurs mainly in West and Central Africa. It has rarely spread to other places, so this new wave of cases outside the mainland is concerning. There are two main strains: the Congo strain, which is more severe, with up to 10% mortality, and the West African strain, which has a mortality rate of around 1%.

The virus can be transmitted through contact with broken skin and droplets from an infected person, as well as through shared objects such as bedding and towels. The incubation period for monkeypox is usually 6 to 13 days, but can range from 5 to 21 days.

Symptoms resemble, to a lesser extent, those seen in the past in people with smallpox: fever, headache, muscle and back pain for the first five days. Skin rashes (on the face, palms, soles of the feet), lesions, pustules and possibly scabs. According to the World Health Organization (WHO), the symptoms of the disease last from 14 to 21 days. Many cases have no clinical presentation (asymptomatic).

According to the Butantan Institute, among the protective measures, authorities advise travelers and residents of endemic countries to avoid contact with sick animals (alive or dead) that may harbor the monkeypox virus (rodents, marsupials and primates) and must refrain from eating or handling wild game.

Hand hygiene with soap and water or hydroalcoholic gel is an important tool to avoid exposure to the virus, in addition to contact with infected people./ COLLABORATED JOÃO KER